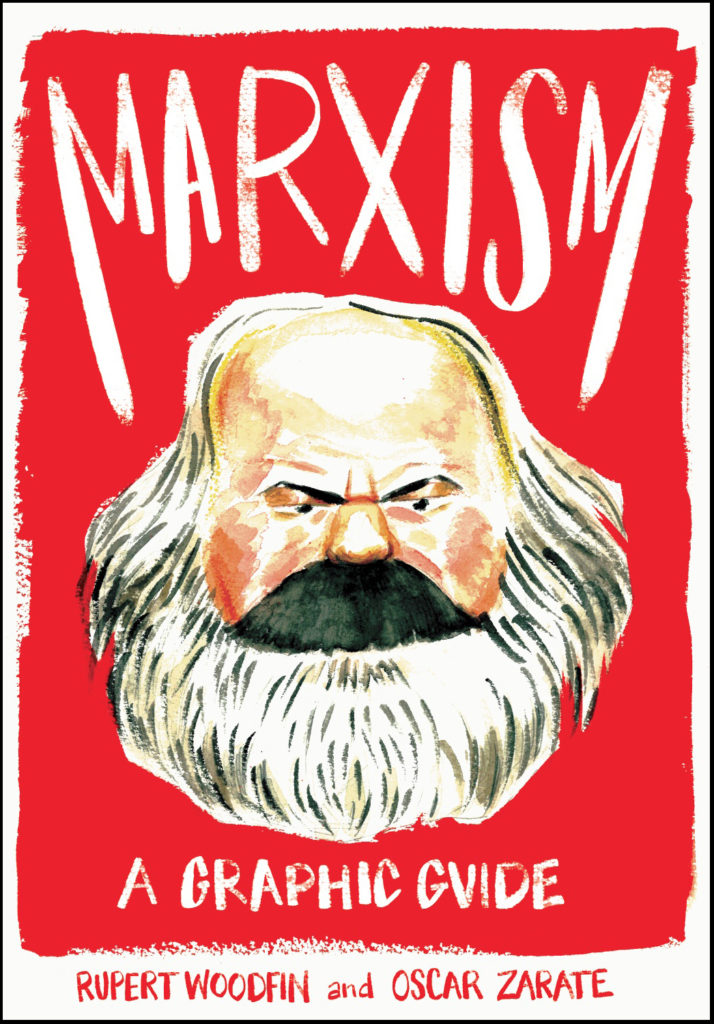 Karl Marx was one of the most influential thinkers of the late 19th century, inspiring revolutions and colossal political upheavals that have radically transformed the lives of millions of people and the geopolitical map of the entire world.

But was he a ‘Marxist’ himself? And how are his ideas still in play in today’s society?
Marxism: A Graphic Guide traces the story of Marx’s original philosophy, from its roots in 19th-century European thinkers like Hegel, to its influence on modern-day culture. It looks at Marxism’s Russian disciples, Lenin, Trotsky and Stalin, who forged a ruthless, dogmatic Communism, and the alternative Marxist approaches of Gramsci, the Frankfurt School of critical theory and the structuralist Marxism of Althusser in the 1960s.
Rupert Woodfin and Oscar Zarate’s classic book, updated by Alex Locascio, explores the life, history, philosophy and politics of this most divisive of thinkers, and argues that Marxism remains a powerful set of ideas even today.