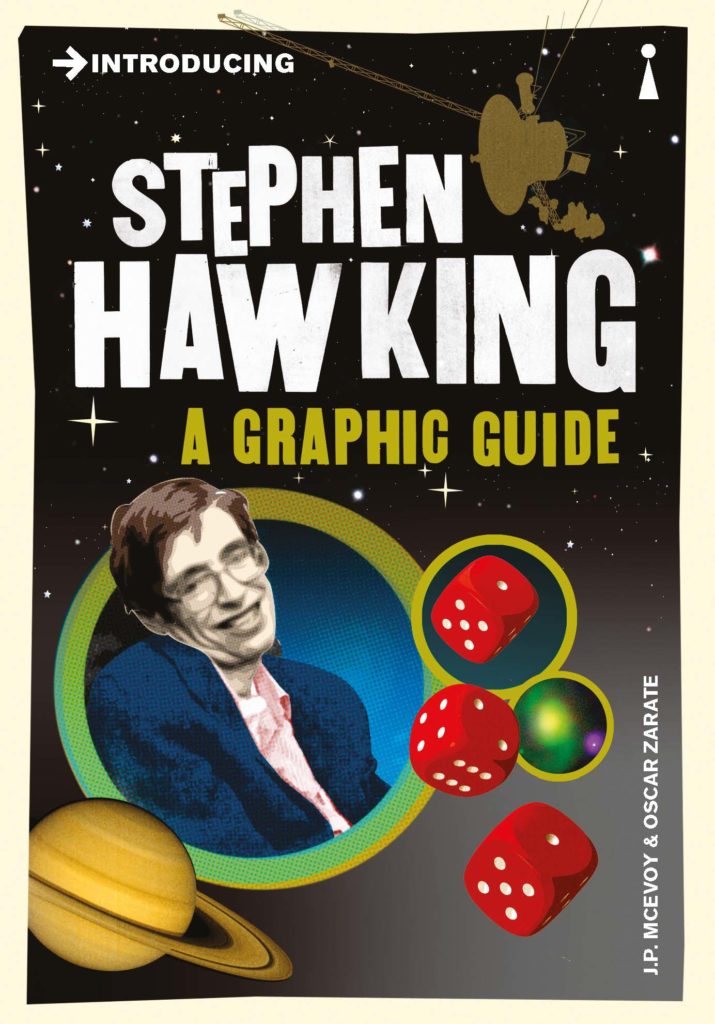 Stephen Hawking was a world-famous physicist with a cameo in The Simpsons on his CV, but outside of his academic field his work was little understood. To the public he was a tragic figure – a brilliant scientist and author of the 9 million-copy-selling A Brief History of Time, and yet spent the majority of his life confined to a wheelchair and almost completely paralysed.

Hawking’s major contribution to science was to integrate the two great theories of 20th-century physics: Einstein’s General Theory of Relativity and Quantum Mechanics.
J.P. McEvoy and Oscar Zarate’s brilliant graphic guide explores Hawking’s life, the evolution of his work from his days as a student, and his breathtaking discoveries about where these fundamental laws break down or overlap, such as on the edge of a Black Hole or at the origin of the Universe itself.