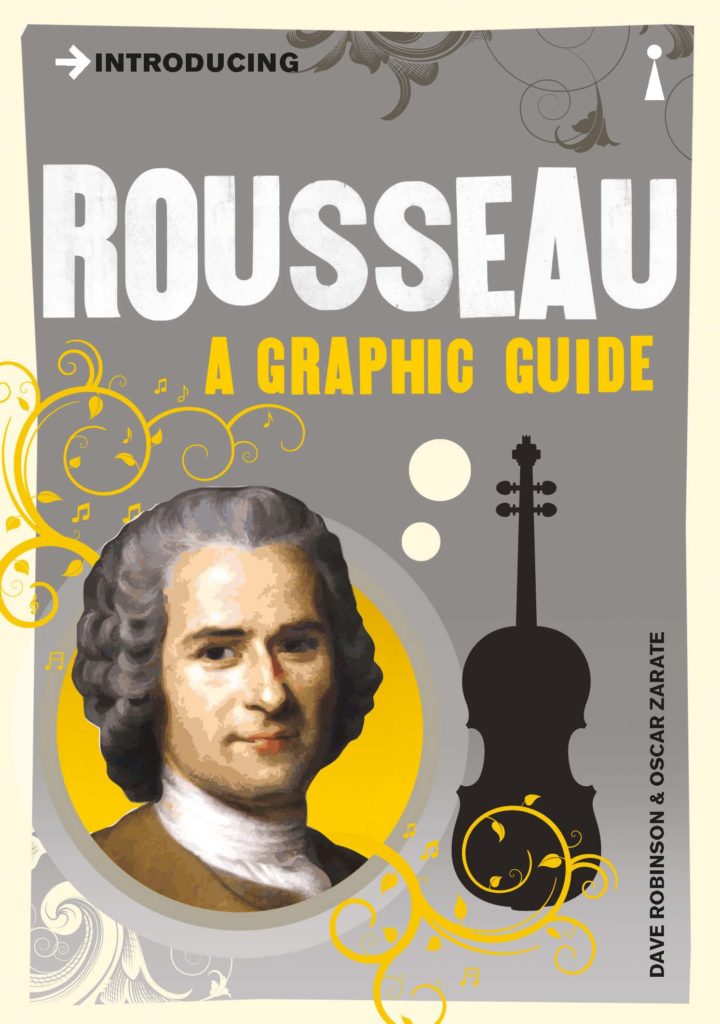 Illustrated guide to the crucial French philosopher who denied bring a philosopher at all. ‘I am like no one else in the whole world …’ Thus begins Jean-Jacques Rousseau’s defiant Confessions – an autobiography of astounding psychological insight. Musician, poet, novelist and botanist, but above all, a philosopher who firmly denied being one, Rousseau was the first to ask: “What is the value of civilization?” His answer – that civilization corrupts natural goodness and increases social inequalities – shocked his Enlightenment contemporaries and still challenges us today. Did Rousseau inspire the French Revolution? Can Romanticism, psychoanalysis and Existentialism all be traced back to him? Introducing Rousseau presents a maverick thinker whose ideas revolutionized our understanding of childhood, education, government, language and much else. Dave Robinson’s clear and concise account of Rousseau’s ideas, engagingly dramatized by Oscar Zarate’s illustrations, guides the reader through Rousseau’s turbulent life of lost innocence, persecution and paranoia.