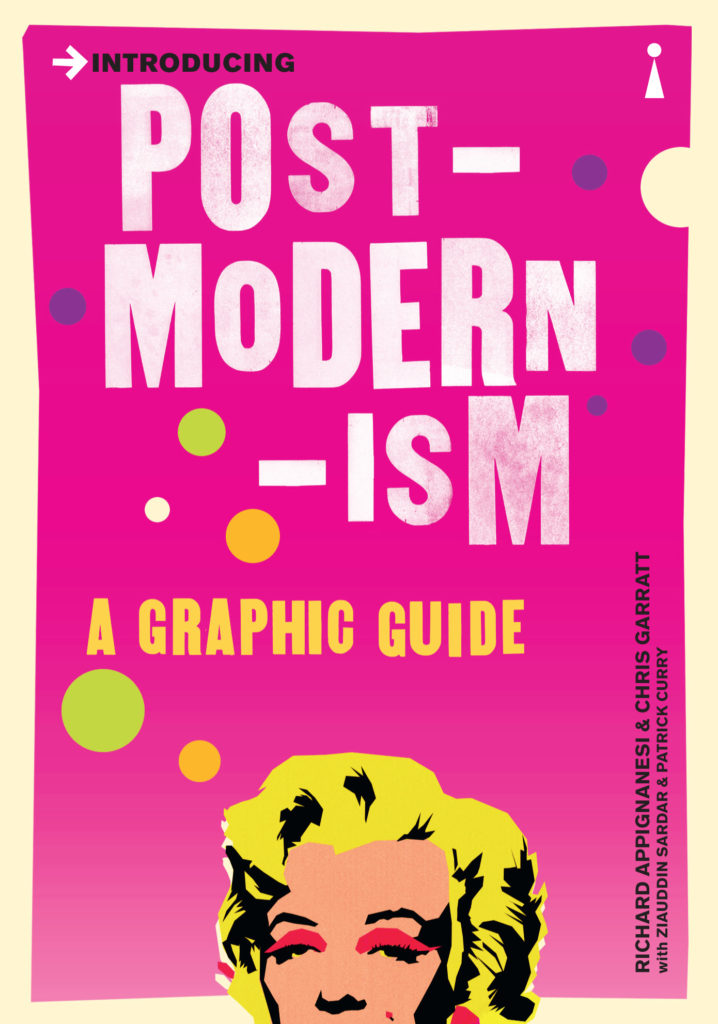 What connects Marliyn Monroe, Disneyworld, "The Satanic Verses" and cyber space? Answer: Postmodernism. But what exactly is postmodernism?

This Graphic Guide explains clearly the maddeningly enigmatic concept that has been used to define the world’s cultural condition over the last three decades.
Introducing Postmodernism tracks the idea back to its roots by taking a tour of some of the most extreme and exhilarating events, people and thought of the last 100 years: in art – constructivism, conceptual art, Marcel Duchamp, Jackson Pollock and Andy Warhol; in politics and history – McCarthy’s witch-hunts, feminism, Francis Fukuyama and the Holocaust; in philosophy – the work of Derrida, Baudrillard, Foucault and Heidegger.The book also explores postmodernism’s take on today, and the anxious grip of globalisation, unpredictable terrorism and unforeseen war that greeted the dawn of the 21st century.
Regularly controversial, rarely straightforward and seldom easy, postmodernism is nonetheless a thrilling intellectual adventure. Introducing Postmodernism is the ideal guide.