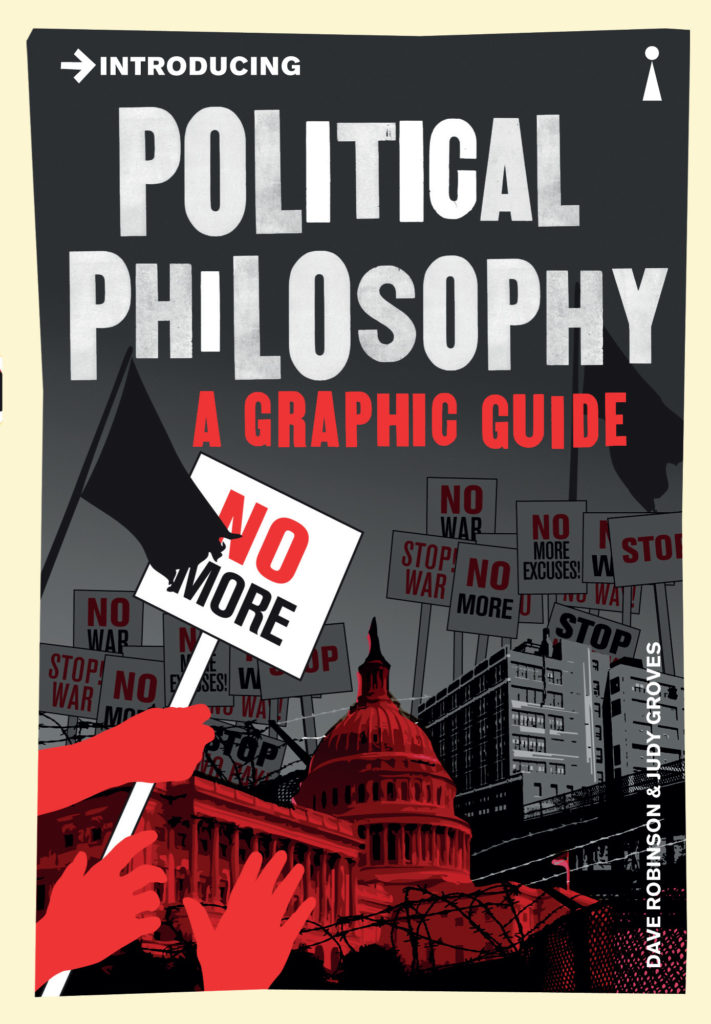 Essential illustrated guide to key ideas of political thought. Philosophers have always asked fundamental and disturbing questions about politics. Plato and Aristotle debated the merits of democracy. The origins of society, the state and government authority were issues addressed by Hobbes, Rousseau, Hegel, Marx and many other philosophers. Introducing Political Philosophy explains the central concepts of this intriguing branch of philosophy and presents the major political theorists from Plato to Foucault. How did governments get started? Why should they be obeyed? Could we live without them? How much power should they have? Is freedom a right? Which is the best form of government? In the wake of consumerism and postmodernism, our need for a better grasp of political ideas is greater than ever. Dave Robinson’s account of this complex subject is always clear, informative and accompanied by the entertainingly inventive illustrations of Judy Groves.