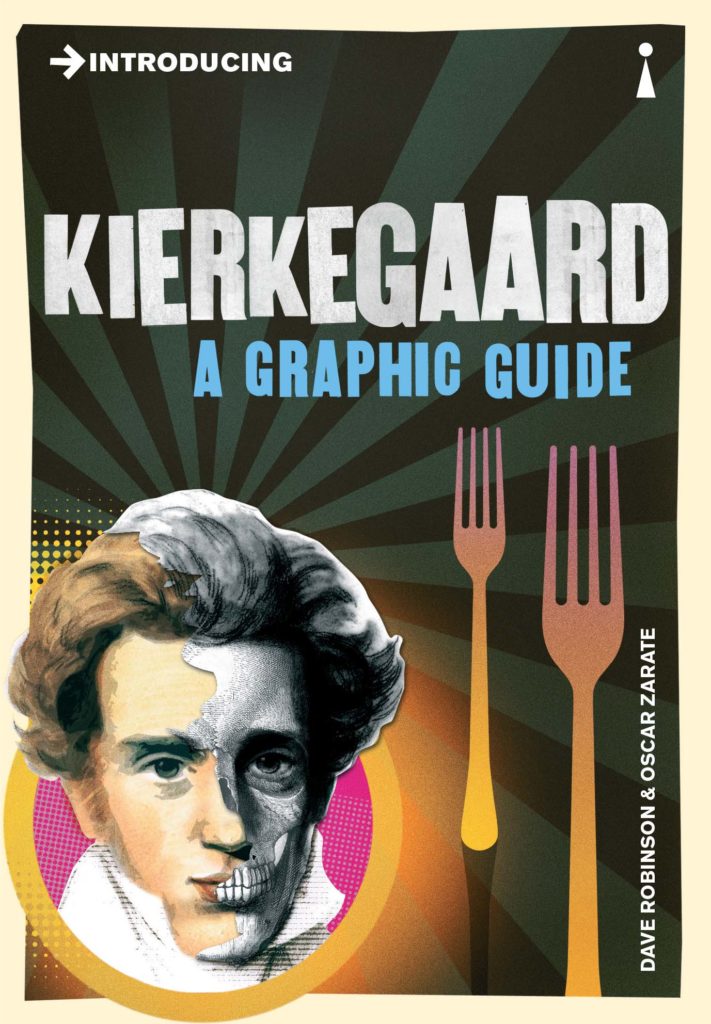 Father of existentialism or the Eeyore of philosophy?

Known as the first modern theologian, Søren Kierkegaard was a prolific writer of the Danish ‘golden age’. A philosopher, poet and social critic, his key concepts of angst, despair, and the importance of the individual, influenced many 20th-century philosophers and literature throughout Europe.

Dave Robinson and Oscar Zarate’s brilliant graphic guide explains what Kierkegaard means by ‘anti-philosophy’, and tells an illuminating story of the strange life and ideas of a man tortured by his attempts to change the very priorities of Western thought.