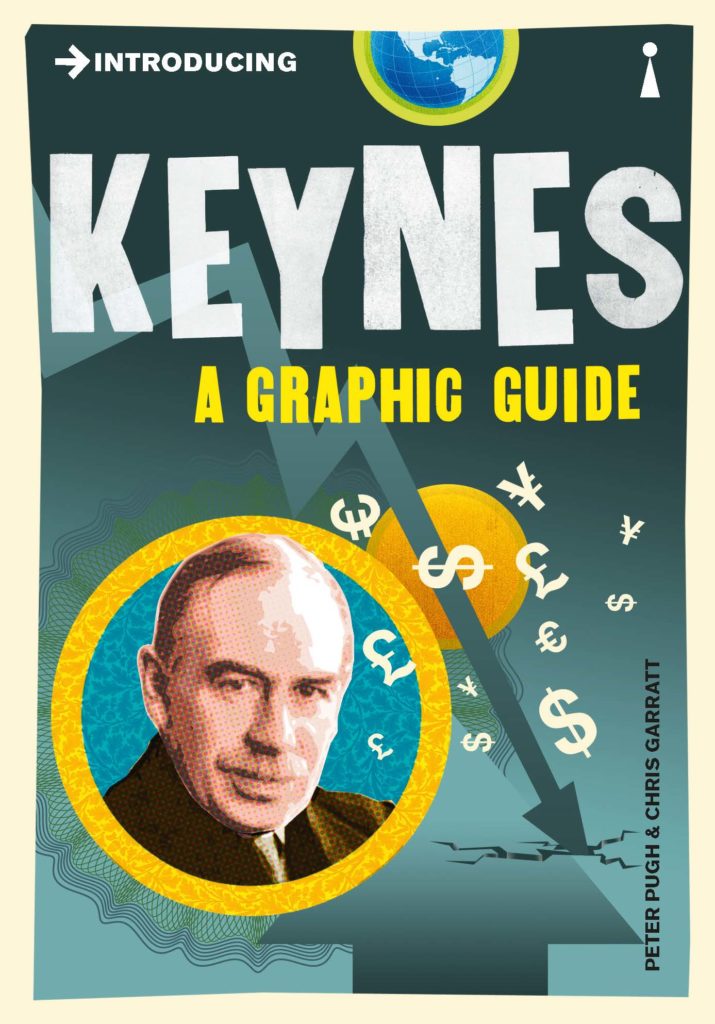 As we find ourselves at the cusp of an economic downturn, there has been a clear reinvigoration of Keynesian economics as governments are attempting to stimulate the market through public funds. Forming his economic theories in the wake of the Great Depression, John Maynard Keynes argued that a healthy economy depended on the total spending of consumers, business investors and, most importantly, governments too. Keynes formulated that governments should take control of the economy in the short term, rather than relying on the market, because, as he eloquently put it ‘in the long run, we are all dead’. This graphic guide is the ideal introduction to one of the most influential economists of the 20th century, at a time when his theories may be crucial to our economic survival. Through a deft mixture of words and images, “Introducing Keynes” is a timely, accessible and enjoyable read.