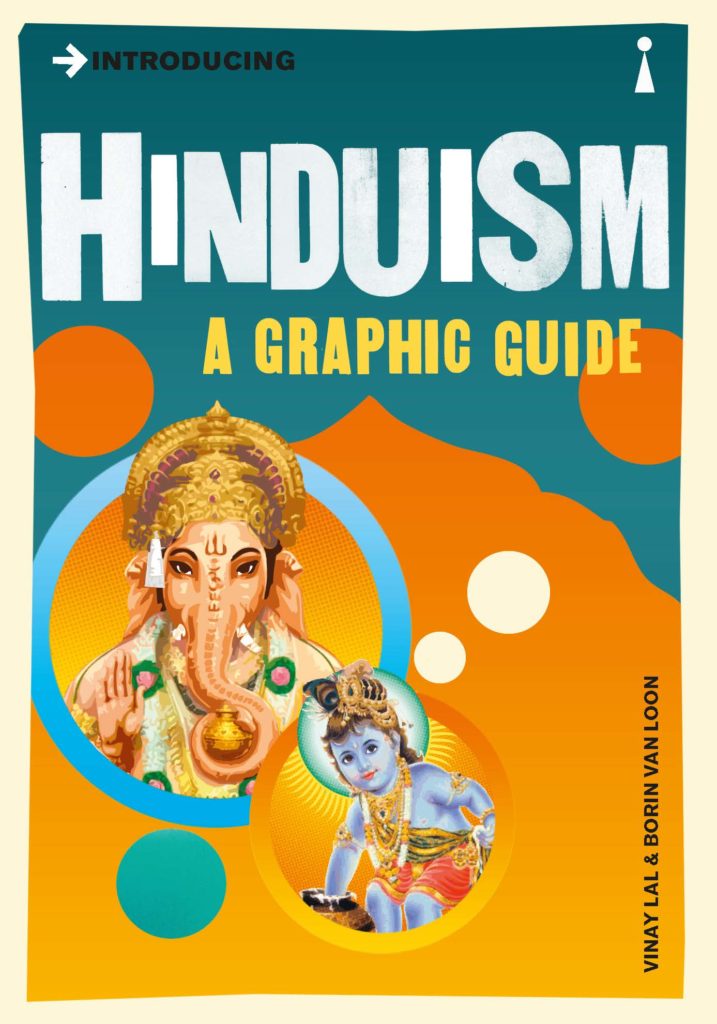 Why do Hindus revere the cow?
Must Hindus be vegetarian?
Hinduism is the world’s oldest religion, yet the word ‘Hindu’ was never used before the 18th century by Hindus to describe themselves. it is defined as polytheistic, but Gandhi declared that a Hindu needn’t believe in any god. it is a religion as much of myth as of history – it has no founder, no single authoritative book, even few central doctrines.
Introducing Hinduism offers a guide to the key philosophical, literary, mythological and cultural traditions of the extraordinarily diverse faith.  It untangles the complexities of Hinduism’s gods and goddesses, its caste system and its views on sex, everyday life and asceticism.
Vinay Lal and Borin Van Loon’s hugely enjoyable tour through Hinduism also explores its links with and differences from Buddhism, Jainism and other religions, the resurgence of Hindu extremism, the phenomenon of Bollywood and the overseas Hindu diaspora.