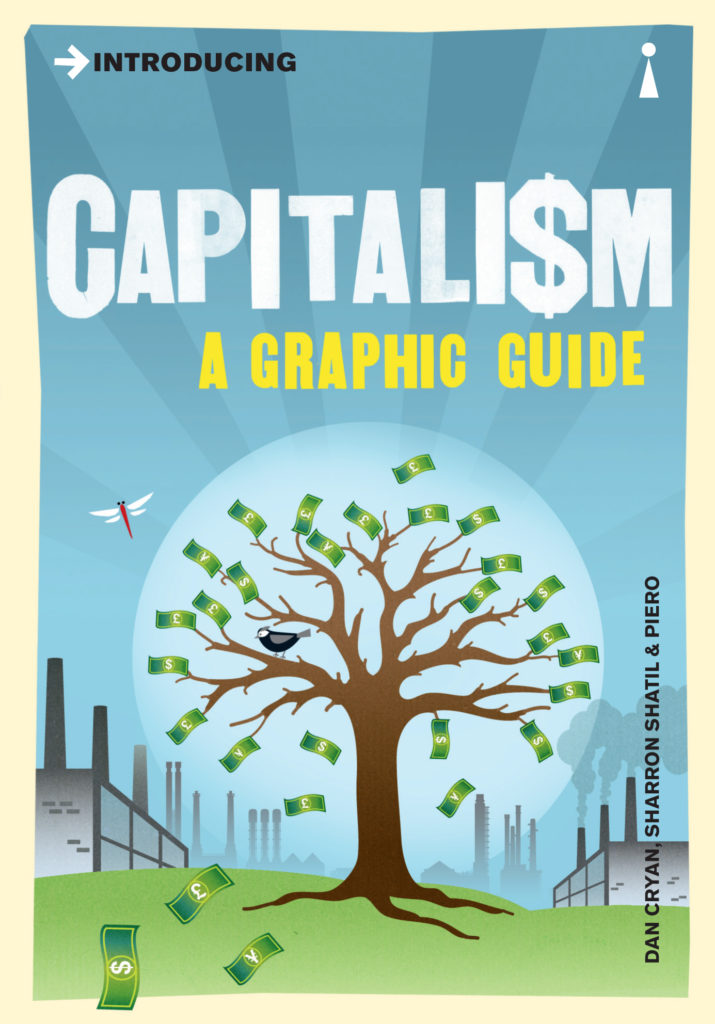 Capitalism now dominates the globe, both in economics and ideology, shapes every aspect of our world and influences everything from laws, wars and government to interpersonal relationships. Introducing Capitalism tells the story of its remarkable and often ruthless rise, evolving through strife and struggle as much as innovation and enterprise.

Dan Cryan and Sharron Shatil, with Piero’s brilliant graphics, cover the major economic, social and political developments that shaped the world we live in, such as the rise of banking, the founding of America and the Opium Wars.The book explores the leading views for and against, including thinkers like Adam Smith, Karl Marx, Theodor Adorno and Milton Friedman, the connections between them and their historical context.
Few ideas have had as much impact on our everyday lives as capitalism. Introducing Capitalism is the essential companion.