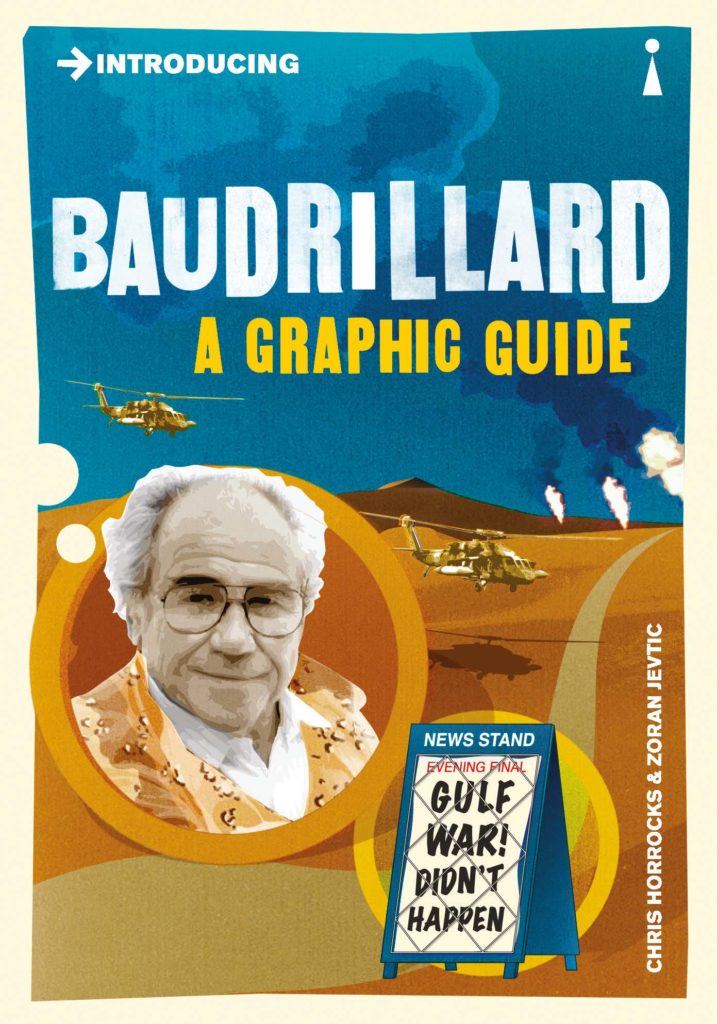 Illustrated guide to the controversial sociologist Jean Baudrillard, who died in 2007. Did the Gulf War take place? Is it possible to fake a bank robbery? Was sexual liberation a disaster? Jean Baudrillard has been hailed as one of France’s most subtle and powerful theorists. But his provocative style and assaults on sociology, feminism and Marxism have exposed him to accusations of promoting a dangerous new orthodoxy – of being the ‘pimp’ of postmodernism. Introducing Baudrillard cuts beneath the controversy of this misunderstood intellectual to present his radical claims that reality has been replaced by a simulated world of images and events ranging from TV news to Disneyland. It provides a clear account of Baudrillard’s work on obesity, pornography and terrorism and traces his development from critic of mass consumption to prophet of the apocalypse. Chris Horrocks’ text and Zoran Jevtic?s artwork invite us to decide whether Baudrillard was a cure for the vertigo of contemporary culture – or one of its symptoms