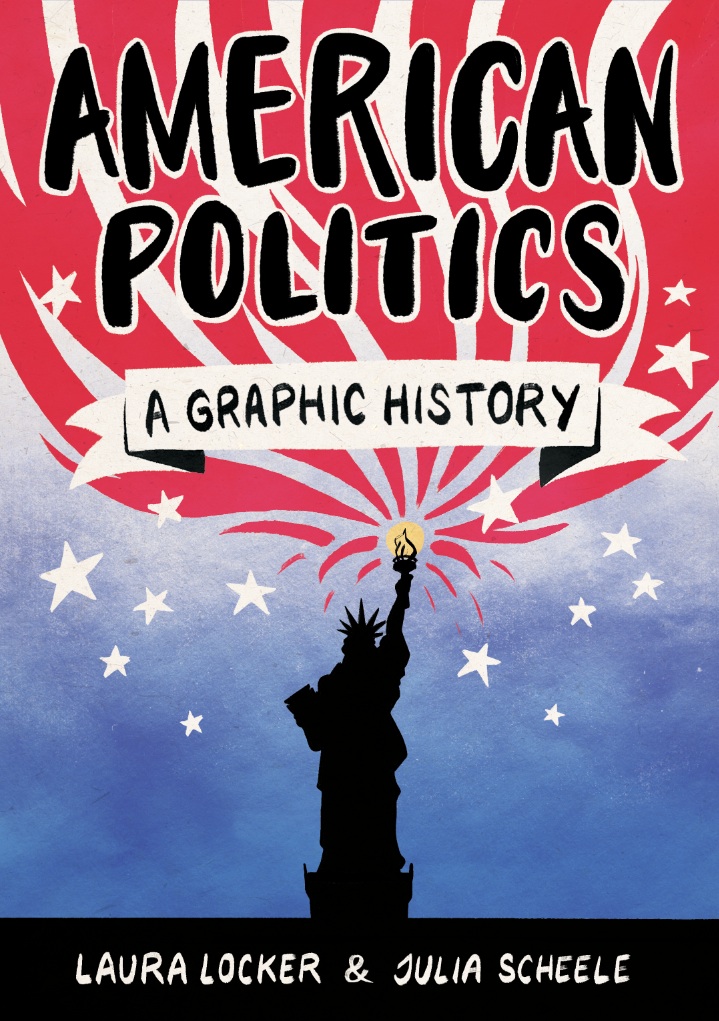 Following in the footsteps of the highly successful Queer: A Graphic History, illustrator Jules Scheele teams up with Dr Laura Locker in this comic-book introduction to the political history of the Land of Opportunity.

How did a political outsider like Trump win the 2016 presidential election? Why do some Americans feel so strongly about gun rights? Is there a role for more than two political parties in the system?

Politics isn’t something that just occurs in the West Wing or the gleaming Capitol building – it comes from the interaction between state and society, the American people living their daily lives. In this unique graphic guide, we follow modern citizens as they explore everything from the United States’ political culture, the Constitution and the balance of power, to social movements, the role of the media, and tensions over race, immigration, and LGBT rights.

Step right up, and see what lies beneath the pageantry and headlines of this great nation.