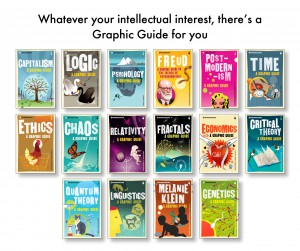 Graphic Guide ebooks for only 99p!

A selection of our internationally-famous, graphic novels for big ideas are only 99p from the Amazon Kindle store – only until Monday 5th January!

Introducing Psychology – What is psychology? When did it begin? Where did it come from? How does psychology compare with related subjects such as psychiatry and psychotherapy? To what extent is it scientific?

Introducing Time – What is time? The 5th-century philosopher St Augustine famously said that he knew what time was, so long as no one asked him. Is time a fourth dimension similar to space or does it flow in some sense? And if it flows, does it make sense to say how fast? Does the future exist? Is time travel possible? Why does time seem to pass in only one direction?

Introducing Fractals – From Zeno to Mandelbrot: explore this new language with which you can describe the shape of a cloud as precisely as an architect can describe a house

Introducing Capitalism – Tells the story of capitalism’s remarkable and often ruthless rise, evolving through strife and struggle as much as innovation and enterprise.

Introducing Quantum Theory – Takes us on a step-by-step tour with the key figures, including Planck, Einstein, Bohr, Heisenberg and Schrodinger.

Introducing Logic – Logic is the backbone of Western civilisation, holding together its systems of philosophy, science and law. Yet despite logic’s widely acknowledged importance, it remains an unbroken seal for many, due to its heavy use of jargon and mathematical symbolism.

Introducing Freud – Freud revolutionised the way we think about ourselves. His psychoanalytic terms such as Id, Ego, libido, neurosis and Oedipus Complex have become a part of our everyday vocabulary. But do we know what they really mean?

Introducing Melanie Klein – Born in Vienna in 1882, Melanie Klein became a pioneer in child psychoanalysis and developed several ground-breaking concepts about the nature and crucial importance of the early stages of infantile development.

Introducing Relativity – It is now more than a century since Einstein’s theories of Special and General Relativity began to revolutionise our view of the universe. Beginning near the speed of light and proceeding to explorations of space-time and curved spaces

Introducing Economics – What is economics really all about? What do the great economists think, and what can economics do for us today?

Introducing Genetics – Takes readers on a journey through this new science to the discovery of DNA and the heart of the human gene map. In everyday life, many of us increasingly have to make moral decisions where genetics plays a part.

Introducing Chaos – This is an accessible introduction to an astonishing and controversial theory that could dramatically change our view of the natural world and our place in a turbulent universe.

Introducing Ethics – In a climate of instant information, free markets and possible ecological disaster, how do we define “rights”, self-interest and civic duties? What are the acceptable limits of scientific investigation and genetic engineering, the rights and wrongs of animal rights, euthanasia and civil disobedience?

Introducing Postmodernism – What connects Marliyn Monroe, Disneyworld, “The Satanic Verses” and cyber space? Answer: Postmodernism. But what exactly is postmodernism?

Introducing Critical Theory – A route through the tangled jungle of competing ideas and provides an essential historical context, situating these theories within tradition of critical analysis going back to the rise of Marxism. 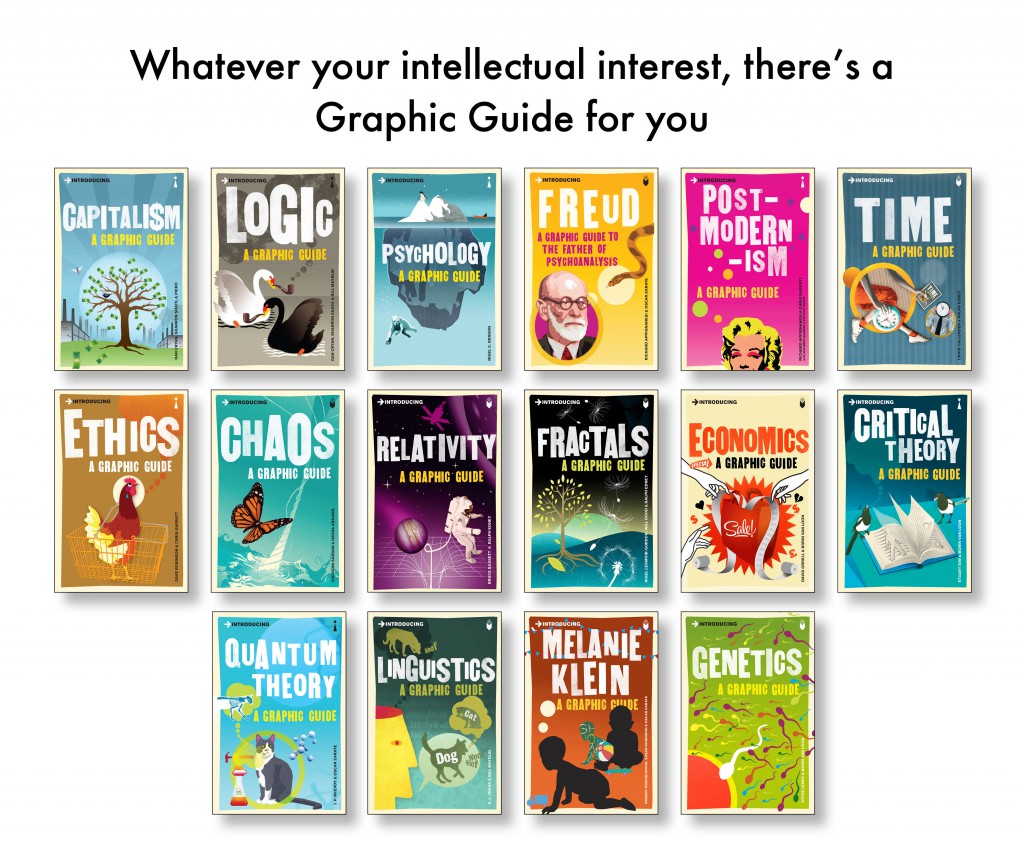